The KPMG study assesses direct job creation per MW of power demand. According to the report, the larger the mining operation, the fewer jobs created.

These results are below those in other sectors that consume large amounts of energy. For instance, in another study conducted in 2017, KPMG concluded that data centers create between 5 and 25 jobs per megawatt. 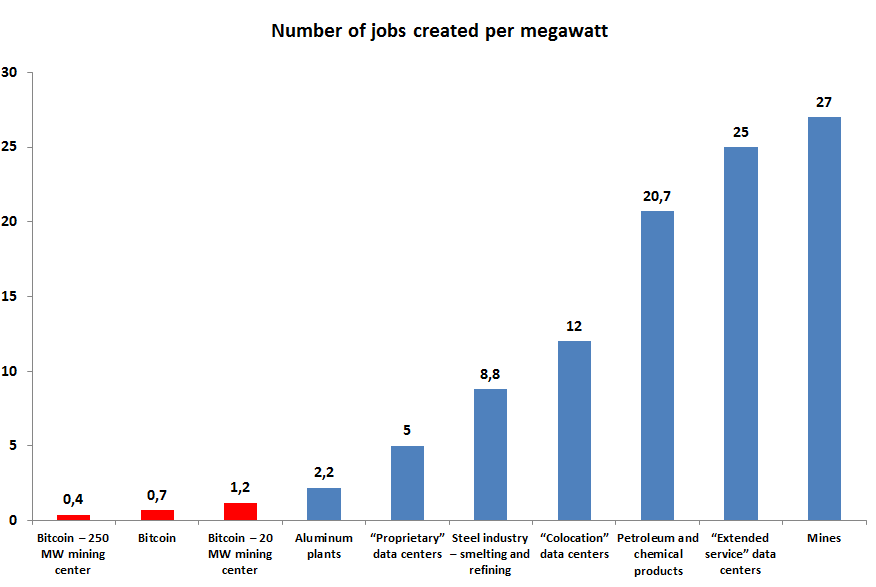 KPMG’s analysis nonetheless demonstrates that the level of economic value creation has the potential to increase if cryptocurrency mining is accompanied by additional activities. It mentions five activities in the mining global value chain that could maximize economic spinoffs if carried out in Québec: